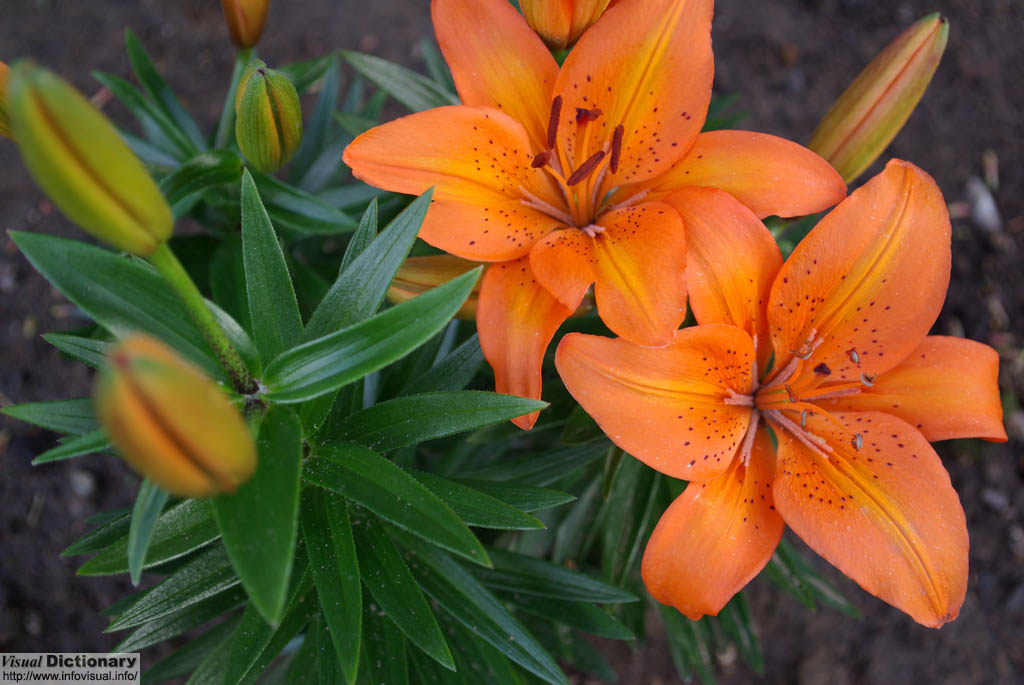 Flower's structure contains the plant's reproductive organs, and its function is to produce seeds. The pollen, male spores and ovules, female spores are produced in different organs, but the typical flower. Pollen contains the male gametes, the female reproductive organ is the carpel, this contains an ovary with ovules, which contain female gametes. Each flower has a specific design which best encourages the transfer of its pollen.

Entomophilous flowers attract and use insects, bats, birds or other animals to transfer pollen from one flower to the next. Flowers commonly have glands called nectaries on their various parts that attract these animals. Some flowers have patterns, called nectar guides, that show pollinators where to look for nectar. Flowers also attract pollinators by scent and color. Still other flowers use mimicry to attract pollinators. Some species of orchids, for example, produce flowers resembling female bees in color, shape, and scent. Flowers are also specialized in shape and have an arrangement of the stamens that ensures that pollen grains are transferred to the bodies of the pollinator when it lands in search of its attractant (such as nectar, pollen, or a mate). In pursuing this attractant from many flowers of the same species, the pollinator transfers pollen to the stigmas arranged with equally pointed precision of all of the flowers it visits.

Anemophilous flowers use the wind to move pollen from one flower to the next, examples include the grasses, Birch trees, Ragweed and Maples. They have no need to attract pollinators and therefore tend not to be "showy" flowers. Male and female reproductive organs are generally found in separate flowers, the male flowers having a number of long filaments terminating in exposed stamens, and the female flowers having long, feather-like stigmas. Whereas the pollen of entomophilous flowers tends to be large-grained, sticky, and rich in protein (another "reward" for pollinators), anemophilous flower pollen is usually small-grained, very light, and of little nutritional value to insects.