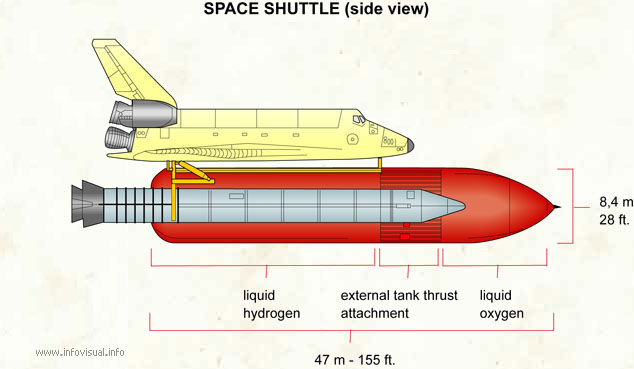 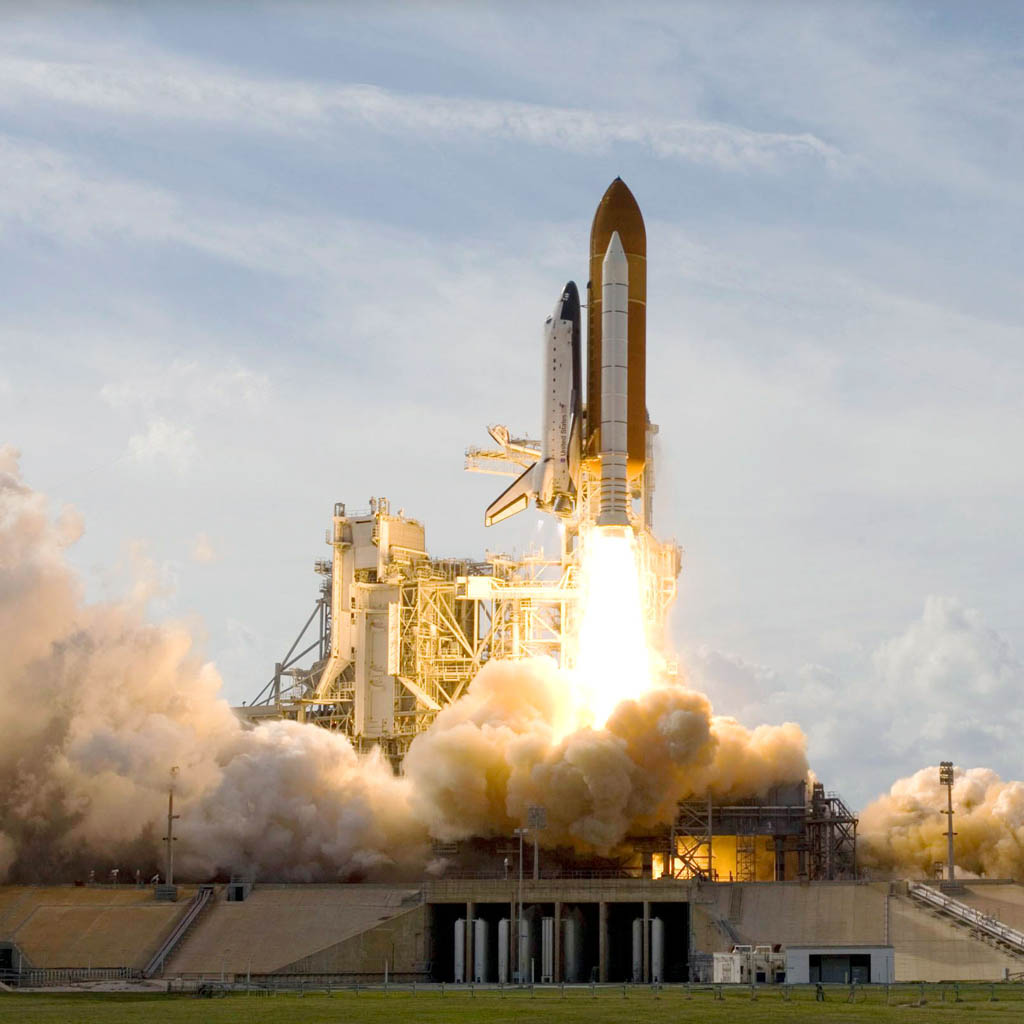 NASA's Space Shuttle, is the spacecraft currently used by the United States government for its human spaceflight missions. At launch, it consists of a rust-colored external tank, two white, slender Solid Rocket Boosters, and the orbiter, a winged spaceplane which is the space shuttle in the narrow sense. The orbiter carries astronauts and payload such as satellites or space station parts into low earth orbit, into the Earth's upper atmosphere or thermosphere. The shuttle is the first orbital spacecraft designed for partial reusability. It carries payloads to low Earth orbit, provides crew rotation for the International Space Station, and performs servicing missions.

Spaceflight is the use of space technology to fly a spacecraft into and through outer space. Spaceflight is used in space exploration, and also in commercial activities like space tourism and satellite telecommunications. Additional non-commercial uses of spaceflight include space observatories, reconnaissance satellites and other earth observation satellites. A spaceflight typically begins with a rocket launch, which provides the initial thrust to overcome the force of gravity and propels the spacecraft from the surface of the Earth. Once in space, the motion of a spacecraft -- both when unpropelled and when under propulsion, is covered by the area of study called astrodynamics.


Thanks to YouTube for allowing us to watch this video.


Thanks to YouTube for allowing us to watch this video.